Hey y'all!  I'm going to spend the next few days basically overloading you with pictures.  Today I'm going to share mostly sharing photos, and talking a little, about the trip Kayla & I took to Waco last Friday while she was in town for the weekend!  I hope everyone has a happy Tuesday! 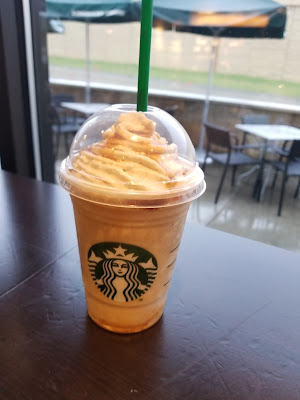 Having been to Waco with my parents in March, I told Kayla before she even got to Texas that we'd be getting up at the crack of dawn & getting coffee and breakfast to go.  We stopped at Starbucks where I tried their new Ultra Caramel Frappuccino & then to Einstein Bagels for food because I'm obsessed. 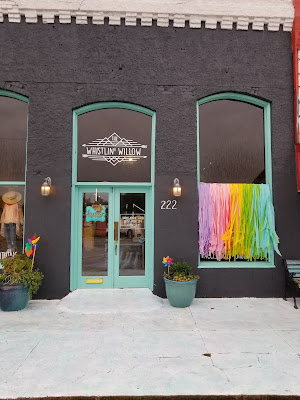 Even though it was supposed to be sunny in Waco all day, Mother Nature does what she wants so we backtracked a little bit to make a pit stop in West Texas to check out The Whistlin Willow.  It was on my list of places to stop while Kayla was in town anyway so 2 birds, 1 stone. 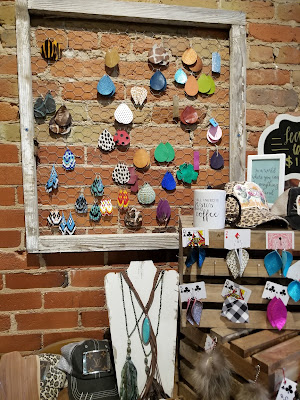 They have super cute stuff y'all & at good prices.  They have an actual website, which I linked above, but where I first saw them was on Instagram. 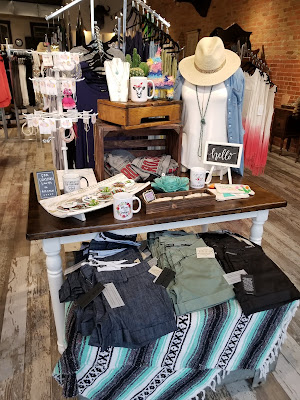 Kayla wound up buying a tank top & necklace and I picked up a super cute and comfy t-shirt. 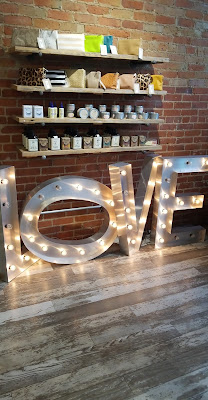 The owner is super sweet & seriously, how cute is the decor?? 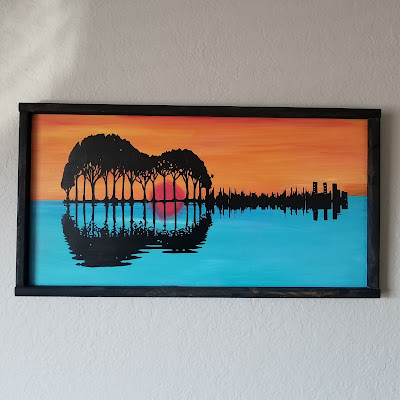 On the same street in West, maybe a block down, there is also a super cute boutique called Dixie Darlin.  I got this awesome piece for my living room there & it was only $35!  The owner's sister painted all of the art that is for sale in there.  She also had really cute clothing there as well. 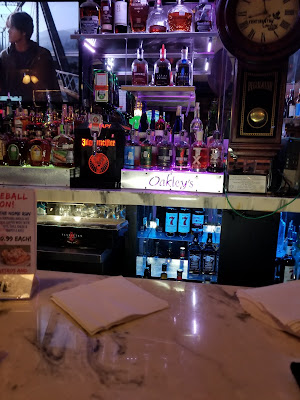 It was still raining so we hit up Oakley's Texas Bar & Grill for a bloody mary & some chips and queso.  Our bartender was from Minnesota!  Not just Minnesota, but a tiny town right next to the small town that Kayla grew up in!  Small world! 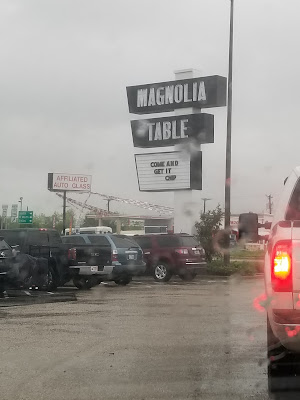 We tried to hit up Magnolia Table for lunch before heading to Magnolia Market but at 12:30 the wait was 3 hours long... and they close at 3.  No thank you.  No restaurant is worth a 3 hour wait, especially not in the rain. 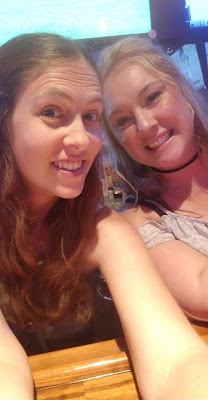 So instead we hit up Bubba's 33.  Once again small world, our bartender there lived in the same DFW town that I live in!  He was just training down at the Waco location 5 days a week before he actually gets transferred and moves out to Amarillo where he's originally from. 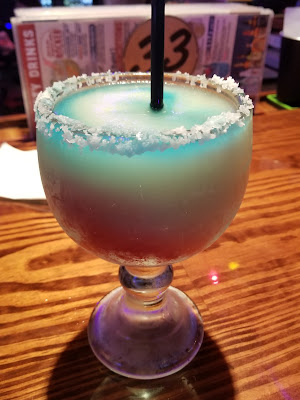 I got a really fun All American Margarita... 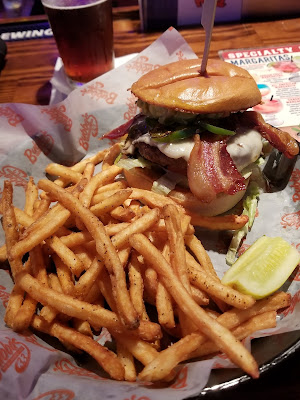 ...and an AMAZING burger! 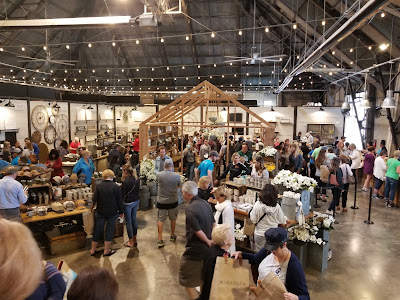 We finally decided to just suck it up and head to Magnolia Market.  At that point it was just lightly sprinkling and the rain wasn't going to pass for a couple of hours.  The upside to the rain?  There weren't really any lines & you could actually move around in the store unlike the last time I had been there. 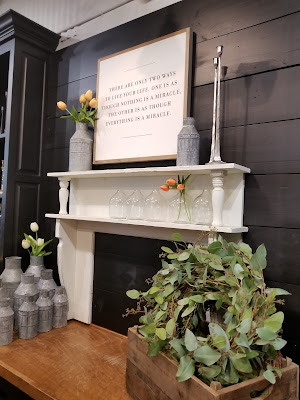 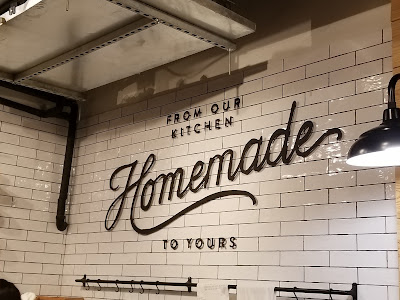 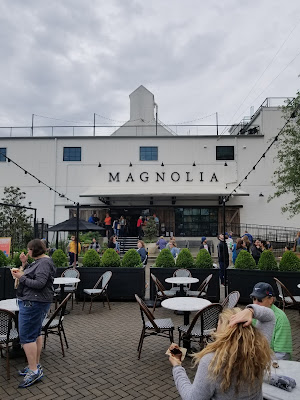 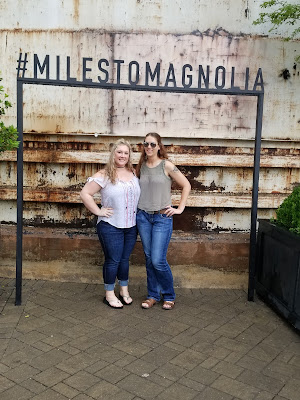 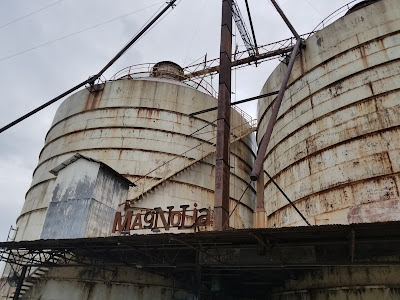 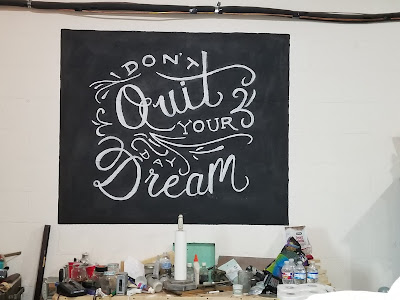 After Magnolia Market we hit up Savage Finds nearby. 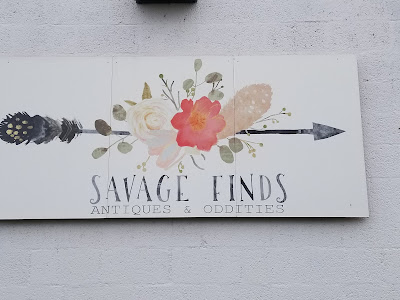 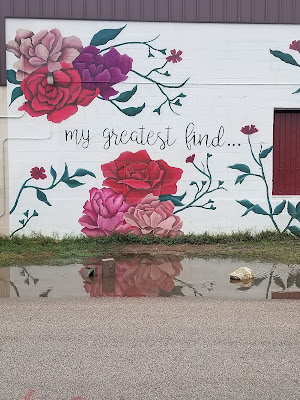 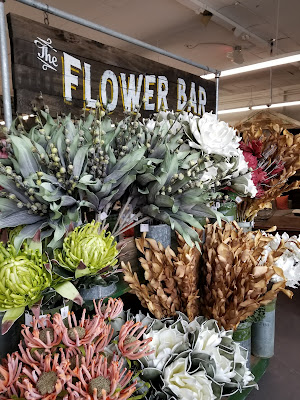 We also hit up The Findery nearby because we were told it was way cheaper than Magnolia Market.  This is a straight up lie.  First of all, Magnolia Market has surprisingly reasonable pricing.  Second of all, The Findery, while it does in fact have cute stuff, it is way more expensive.


We stopped at Pie Peddlers so that I could get coffee & then we headed back to DFW.  Of course when we got back to DFW it was super nice out.  We sat on my patio drinking & dealing with an eviction notice (it was a false alarm).  We eventually decided to watch Bring It On on Netflix and make a run to Popeye's for some food which was an adventure in itself... I'll just leave it at long lines, messed up orders, wrong amounts paid, & 3 workers who I'm 95% sure were high...
at May 08, 2018