All Around The Metroplex

Previously I talked about what Kayla & I did in Waco as well as what we did in Lindale.  Today I'm just going to share what we did in the Dallas-Fort Worth area over the 4 days she was here. 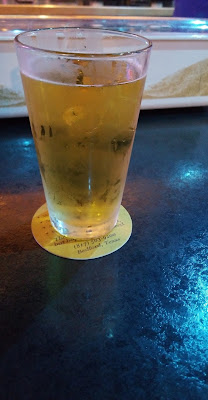 We didn't really have a set plan for Thursday which turned out to be a good thing.  Because of weather, Kayla's flight got in about 2.5 hours later than it was originally supposed to.  So we just hit up Crazy Cowboy near me for some beer & food.

It finally happened y'all.  We walked in, sat down at the bar, & the bartender put my beer down in front of me without me even having to ask for it... I have found my bar. 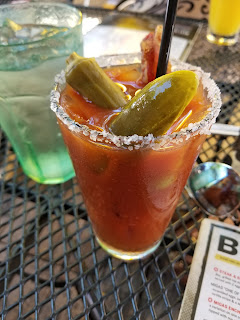 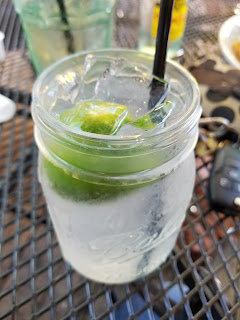 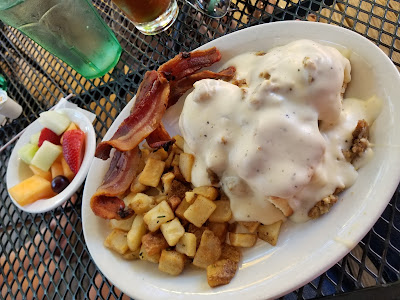 Before heading off to Lindale, we met up with Helen, Caleb, & Steve for brunch at Ozona Grill.  I did the bloody mary bar, which was the entire reason I picked that place, & then got the biscuits & gravy.  I also got a "Ranch Water" which was literally just tequila & Topo Chico.  Once I got more Topo Chico in there it was really good, before that it was pretty much like drinking straight tequila.  The food was really good & so was the bloody. 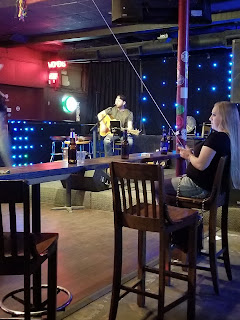 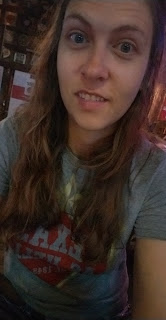 When we got back from Lindale that evening we got changed & headed out to the stockyards.  We ate supper at Star Cafe of course because that's how I do.  We also went to the Thirsty Armadillo, Filthy McNastys, & my personal favorite... The White Elephant Saloon. 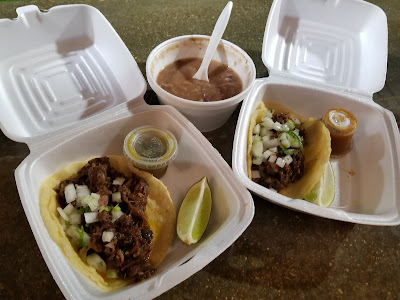 We managed to stay out until around midnight, which is a lot later than either of us thought we would make it.  On the way home we stopped at Fuel City for some tacos because I couldn't let her leave Texas without getting REAL tacos. 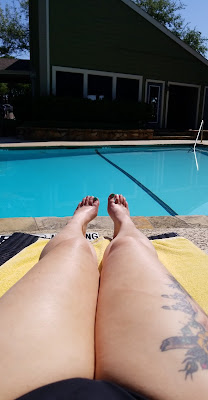 Sunday we just laid around by the pool until it was time to head to the airport & call the weekend a wrap.